I am delighted to welcome today to the Fourth Musketeer writer Shirley Vernick, whose first novel, The Blood Lie, published by Cinco Puntos Press, was selected as a Sydney Taylor Honor Book for teens.  Shirley has kindly agreed to participate in an interview today about her novel as part of the Sydney Taylor Award Blog Tour.
Q:  The Blood Lie is based on a little known real-life event from the history of your home town, Massena, New York.  An innocent Jewish boy was accused of ritual murder when a Christian girl disappeared, bringing to America the infamous "blood lie," in which Jews are accused of murdering Christian children in order to use their blood to make ritual bread.   Could you tell us a little bit about how you discovered this story and why you decided to use it as a basis for your first novel for young people?
A:  I was already in college when I first learned about it. I came home for fall break my sophomore year with an assignment for a sociology class. Students had to identify a local community conflict – past or present – and write a paper about it. I remember thinking, What am I going to do? No juicy controversies ever happen in my dinky little town of Massena, New York. So I asked my dad, who also grew up in Massena, if he had any ideas. That’s when he told me, for the first time, about the blood libel that happened in Massena when he was a high school senior. It was just before Yom Kippur, and a little Christian girl disappeared while playing in the woods near her house. The next thing you know, the local Jews – including my dad’s family – were being accused of kidnapping and murdering that little girl and baking her blood in their “holiday foods.” I couldn’t believe what I was hearing. In America? In the 20th century?  It sounded more like a page out of Eastern Europe in the Middle Ages.
I knew I wanted to write something more than a term paper the minute I learned about the Massena blood libel. I always wanted to be a writer, and this was something that not only spoke to me, but grabbed me by the throat and screamed at me. I felt compelled to illuminate this episode of Jewish-American history, as well as to inspire readers to contemplate the consequences of, and possible responses to, intolerance. 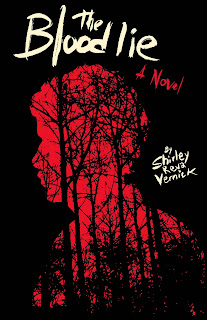 Q:  Jack, your hero, wants nothing more than to leave Massena to study music, even before the blood lie incident.  From your own research, what do you think some of the pros and cons of Jewish life in a small town were like in that era (the 1920's)?
A:  Personally, I think the biggest pro was the kind of community solidarity you get when you're a small newcomers group sharing a deeply felt common heritage. However, along with that came the everyone-knows-your-business-and-has-some-advice-to-give lack of privacy.
The pressure to assimilate was a hardship for many small-town Jews. For instance, imagine trying to be a merchant in a one-corporation village like Massena, where everyone gets paid on Friday and does their shopping on Saturday. How can you survive if you don't stay open on Saturdays? At the same time, assimilation was a pro for many of the younger ones, who deemed it synonymous with freedom and opportunity.
Q:  What kind of reception has your book had in Massena?  Were there people in the town who resented your bringing to light an ugly incident that they might well have preferred remain hidden?
A:  I'm pleased – and relieved – to report that Massena has given the book a warm, open-minded reception. The current residents include fourth generation natives, relative newcomers, and everything in between. The people I've talked to say they didn't know about the Massena blood libel, but they did know about past and present currents of bigotry. I gave a talk at Massena's public library in December, and the audience demonstrated keen interest in the history of the story. The local high school's book club plans to read the book, as well.
A couple of Massena residents did write on my Facebook page that they wished I'd made the book nonfiction. I explained that, since there is little or no clear documentation of the details of this blood libel, I had to go beyond the basic facts. So I did my best to adhere to the essence of the real event, and then I added details, including personalities and subplots.
Q:  You have done quite a bit of professional writing, with articles published in different women's magazines, national newspapers, and college publications.  How did you find the process of writing and researching a novel for young people different than other writing you have done?
A:  As obvious as this sounds, I get to write more words with a book-length story. This makes a huge difference because it allows me to delve more fully into the story, the backstory and the side stories, which is much more satisfying for me as an author. Since the novel is based on true events, I still had to do a lot of primary and secondary research, so that wasn't all that different. Writing for young adults instead of, well, older adults, felt very natural. Apparently, my creative side has a young-adult voice.
Q:  Could you tell us about your future writing projects?  Do you have other historical novels in the works?
A:  I have been incurably bitten by the novel-writing bug. Currently in the works are a young-adult historical novel set in Israel, a young-adult paranormal story with strong historical elements, and a middle-grade adventure book.

Shirley, mazel tov for receiving the Sydney Taylor Honor award for your very first novel!   And don't forget to check out the other Sydney Taylor blog tour stop today at Frume Sarah's World.
Posted by Fourth Musketeer at 5:00 AM

I just loved this book! Mazal tov to Shirley Vernick and many thanks to her for bringing this incident to light in a fictional format. It's important for young people to learn how easy it was (and still is) to foment bigotry.

Congrats to Shirley. It sounds like a wonderful (and important) book to share with my teens, and one I'll look forward to reading.

Wow, I can't believe creepy things like that happened. Sounds like a fascinating book and I'm glad it has brought this story to life!

As you said, it's spine-chilling to think these accuasations were being made so recently - within living memory! Thank you for bringing this book to my attention and congratulations to Shirley.

Great interview! I bought this book for my library, but haven't gotten a chance to read it myself yet-- it sounds incredibly gripping! What a premise... and how sad that it's based on a true story. Wow.

This is a compelling book, beautifully written. I want a sequel! How do the wrenching events change Jack and Emaline?
Mazel tov, Shirley!