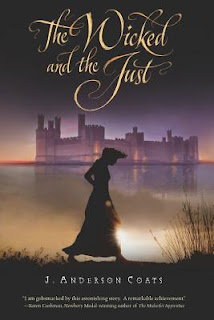 Posted by Fourth Musketeer at 5:17 PM

I like historical fiction that really breathes life into past events that seem moldy and uninteresting to us today. This book sounds great and I love the two different points of view.

I have been wanting to read a really well-written historical novel with interesting fictional characters. I'll put this on the list.

This was such a great read. I loved how unlikable the two main characters were, actually! They were likable despite themselves-- the author did a great job with that.