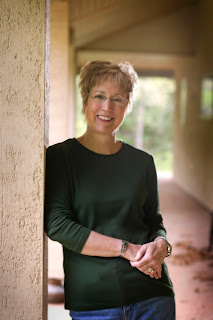 I am delighted to participate in the blog tour for Janet Fox's new novel, Forgiven, a companion novel to Fox's 2010 release, Faithful, although the two novels can be read independently. Janet has kindly taken the time to write the following guest post for my blog on her use of setting in her novels.

The “Other” Character: Setting

True confession: I love setting. I love writing scene descriptions. Left to my own devices I would happily pen an entire novel in the third person, with the narrator describing a setting, one tiny leaf, branch or brick at a time…which would result in a story no one would read, but, heck. I’d have a great time at work.

I’m a visual person, which perhaps accounts for my “setting-love.” When I write I see things in my head as if I’m watching a movie. Because I know I have to people my novels and add action sequences and tension and all that other stuff that makes a story enjoyable, I like to think of setting as another character. I try to bring setting to life using the same techniques I use to bring characters to life: research, backstory, conflict. I think of my settings as living, breathing organisms.

In the case of my new novel FORGIVEN, the setting was 1906 San Francisco. There are good and bad things about writing about historical settings. On the plus side, I can make some stuff up because there’s no one around who lived at the time. On the negative side, I have to pore over pictures, videos, written descriptions, weather charts, moon phases, maps of the period, etc., because the one little detail I do get wrong that is known today will be roundly criticized. The main event in San Francisco in 1906 was a devastating earthquake in April of that year that leveled much of the city; fires that resulted from broken gas mains took care of much of the rest. Thus all my descriptions of the city before the earthquake/fires had to be gleaned from photographic or written records. My descriptions post-devastation were based on extensive accounts that my geologist husband happened to have on hand.

But I found writing the story of the earthquake and fires itself most interesting. I combined my research with personal experience – not of an event so catastrophic, but of the feelings that such events generate. This is what I mean by “conflict” in setting. I imagined what I would feel like during and after the earthquake and what I would feel like witnessing the fires as they roared through the city with destructive force. I played a kind of video in my head, with the heat and smoke and falling ash and horror and desperation around me. I stared for hours at “before” pictures and then closed my eyes and imagined those scenes in the throes of intense quaking followed by raging fires. I walked the streets with the shocked populace, tripping over the loosened cobbles. I tried to be there. 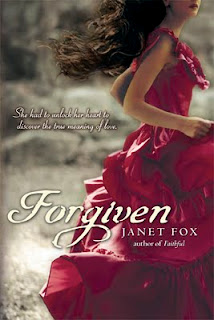 Each novel brings its own setting challenges. Imaginary settings (Middle Earth) must be fully imagined; settings in far off places (Mars, perhaps?) must be fully researched, with blanks believably filled. For that’s the true beauty of a great setting – that the reader is right there, believing every word, seeing every leaf, branch, or brick without those details getting in the way of the story.

Don't forget to check out the rest of Janet Fox's blog tour for Forgiven. Here is the schedule: