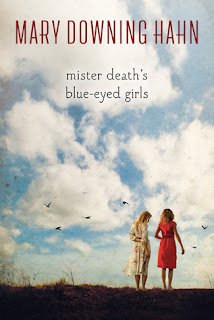 It's June, 1956, and school's just about out for the summer. Teenage Nora and her friends have a party with a few boys, dance, hang out and drink too many beers. But none of them can imagine that their lives are about to change forever because of a shocking murder.
The next day, the bodies of two of the girls from Nora's group, Cheryl and Bobbi Jo, are found shot to death in the woods near their house. Everyone thinks that Buddy, Cheryl's ex-boyfriend, who looks like an imitation of James Dean, must be guilty of the brutal crime. But when no conclusive evidence is uncovered, he's released by the police, although everyone in the town still assumes he did it, and worse yet, that he got away with it.
This excellent mystery, written from the point of view of Nora, her friend Ellie, Buddy, and the actual guilty murderer, takes place in a time that seems so innocent now--a time of listening to Elvis records with your girlfriends, worrying what would happen if a boy touched your knee, and having ice cream sodas at the neighborhood drugstore.  But with the murders life changed for all the teens in the story.
What would it be like to have your friends murdered, begin to question not only your Catholic faith, but your very belief in God, and not know how to go on living? And what if everyone in town thought you were a murderer? This is different from other Mary Downing Hahn books I've read--not a ghost story, but a story nonetheless of how the dead can haunt us in other ways. It's a coming-of-age story as well as a mystery and a real page turner.  Highly recommended.
Note: the novel is inspired by a similar crime which took place when the author was a teen; the author knew both girls who were the victims and remembers vividly being at a friend's house when the bodies were discovered.  She writes in an afterword that the event has haunted her for years.
Posted by Fourth Musketeer at 5:00 AM

OMG, sounds powerful. True story too! Wow, very sad but I'm glad she wrote a book about it. It's probably cathartic.