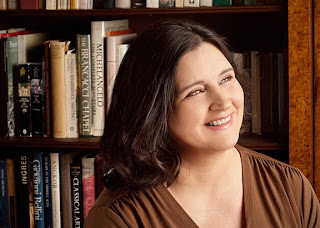 Thanks so much to debut author Michaela MacColl for participating in an interview on The Fourth Musketeer!

Q:  Michaela, when I read Prisoners in the Palace, I couldn't help but wonder if you were inspired to write about the teenage years of Queen Victoria by the recent movie Young Victoria, or was that just a weird coincidence that a movie about Princess Victoria came out in 2009?  How did you happen to be drawn to write about this particular period in history and why were you especially drawn to this famous Queen?

This is a great interview. I had the pleasure of meeting Michaela just after a certain red-headed princess (and Victoria lover) asked for a copy of her ARC. Prisoners of the Palace is a wonderful story. Now this interview has piqued my curiosity even more.

Great interview! I got this book back at BEA and really need to read it soon!