Raindrops on Roses and Whiskers on Kittens: My Favorites from 2010 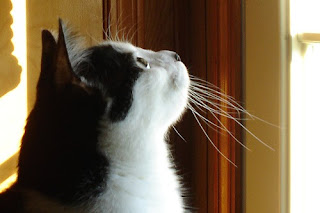 (With apologies to Rogers and Hammerstein--when I think of my favorite things, I can't help but hear Julie Andrews and the Sound of Music in my Mind!)

With the end of the year in sight, I couldn't resist joining the other bloggers who've been posting their favorites from the past year.  I'm sticking to those books that I've reviewed on my blog this year, and I've selected my ten favorites, including everything from picture books to middle readers to young adult books.  In no particular order, here's my list of favorites for 2010, with links to my reviews:

Young Adult:
Three Rivers Rising, by Jame Richards:  Written in free verse, this mesmerizing novel by debut novelist Jame Richards is a romantic story of forbidden love set against the shocking backdrop of the Johnstown Flood of 1889, a disaster comparable to Hurricane Katrina in our time.

Revolution, by Jennifer Donnelly:  A riveting genre-busting blend of realistic contemporary young adult fiction, historical fiction, and even some paranormal fiction set both in the present day and in the dangerous days of the French Revolution.

Crossing the Tracks, by Barbara Stuber:  Another debut novelist whose book I literally couldn't put down.  Set in the 1920's, it's a tender, funny, and heartbreaking novel that touches on many themes that will resonate with teens, particularly the meaning of home and family.


Middle Grade/Tween:
One Crazy Summer, by Rita Williams-Garcia:  Set in Oakland in the turbulent summer of 1968, this likely Newbery contender revolves around three sisters who are sent from New York to visit their mother, a member of the Black Panthers, for the summer.  You can't help but love the narrator, 11-year old plain spoken Delphine, who tells it like it is.  This is essentially a family drama but is filled with humor as well.


The Wonder of Charlie Anne, by Kimberly Newton Fusco:  I fell in love with this novel's spirited heroine as well; her story is set in a small town during the Depression, and also manages to combine humor with more serious themes such as grief, family, and racism, as Charlie Anne struggles to deal with her mother's death and her responsibilities in the family.


The Year of Goodbyes, by Debbie Levy:  While there are many books for young people about the Holocaust, this one is unique, focusing on the experiences of the author's mother, as Jutta and her family frantically try to get visas to leave Nazi Germany for the United States in 1938.  One of the few things Jutta can bring with her is her posiealbum, a kind of scrapbook in which young people collected poems and drawings from friends and family.  Levy intersperses reproductions of actual pages from the album, along with the English translation, with free verse poetry in her mother's voice that link the entries together.


Picture Books:
Stand Straight, Ella Kate, by Kate Klise and Sarah Klise:  This large format picture book tells the story of a real-life giant who lived from 1872 to 1913.  Narrated by Ella herself, the book features delightful illustrations in a folk art style that evokes the 19th century setting.  The book delivers a touching message about how we should respect people's differences while incorporating many fascinating anecdotes about the real-life Ella.


She Loved Baseball:  The Effa Manley Story, by Audrey Vernick and Don Tate:  A terrific girl power story, this title profiles Effa Manley, the first--and only--woman inducted into the Baseball Hall of Fame. Manley's story incorporates both women's rights issues and civil rights, as she becomes the co-owner and manager of a Negro League baseball team.


The Extraordinary Mark Twain (According to Susy) by Barbara Kerley and Edwin Fotheringham:  With Twain back on the best-seller list, this book is particularly timely, and readers can't help but be charmed by the real story of how Twain's young daughter researched and wrote her father's biography, so people would know the "real" Mark Twain.  The book includes mini-journal inserts, which include excerpts from Susy's actual text, complete with misspellings, and fabulous cartoon-style illustrations, which can practically tell the story single-handed.


Narrative Non-Fiction
The War to End All Wars:  World War I, by Russell Freedman:  A riveting read for anyone interested in history, this must be the definitive World War I book for young people.

More Bloggers' Best of Lists
On Persnickety Snark's blog, you can check out top 5 picks (or some of us who did top 10) for 2010 from lots of different bloggers.

And Happy New Year to all those in the blogosphere!


Posted by Fourth Musketeer at 9:09 AM

Audrey (holes In My brain) said...

Revolution has definitly been on my wishlist for a while, it looks really good! nice list!

Revolution sounds wonderful. Can't wait to get a chance to read it.