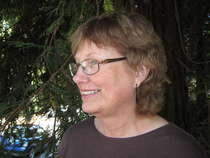 Q: Katherine, thanks so much for participating in an author interview on my new blog, The Fourth Musketeer. I noticed all three of your stories are set in 17th century London. Why are you particularly drawn to that time and place?

A: I read a lot of historical novels growing up and have always enjoyed them, so when I was in college it seemed natural to me to take an interest in women’s history. Somewhere along the way I learned about Aphra Behn, who was a successful Restoration playwright—I mentioned in her At the Sign of the Star. I think I first heard of her when reading an essay by Virginia Woolf. The more I learned about her the more interested I became, not only in her life, but in that particular historical era, which has a kind of “Roaring Twenties” feel to it. Puritan rule came to an end in 1660 when the monarchy was restored. Charles II, who had spent many years in exile on the Continent, loved women and loved the theater, so actresses appeared on stage for the first time, plays grew bawdy, and there was a general air of pleasure and even excess. At the same time, class status was becoming less rigid, and middling families like those of Meg Moore or Joshua Fowler were seeking to advance themselves by reading advice manuals and making careful decisions about their clothes and possessions. I find it all fascinating!

Q: What do you enjoy most about writing for young people?

A: Young people read with an abandon that we rarely experience as adults. I can still remember waking on a Saturday morning and remembering with a thrill that I was in the middle of a wonderful book, and reaching for that book instead of getting up! The ability to lose yourself in a book, to become a part of another world, is especially keen in those early years of reading. And I don’t think there’s a more pleasurable experience to be had with the printed word. It’s exciting to think that there are kids out there who are losing themselves in the 17th-century worlds I’ve created.

I find it interesting that the general trend in adult fiction, which has to an extent been taken up in children’s literature, is away from this wonderful immersion experience. Novels are structured so as to interrupt continuity and draw attention to the fact that the story is in fact invented. Of course some wonderful literature has been created this way, but its pleasures tend to be more cerebral.

Q: What do you think about the current wave of paranormal fiction for teens? Has that made it harder for publishers to get your books and other historical fiction titles into bookstores?

A: I think it’s increasingly difficult for any literature that’s aimed at a minority, rather than a majority, of readers to find room for itself. I suppose any trend that sweeps over the majority contributes to that in a way. But it seems as though profound changes are coming to the world of books, and it may eventually become true that it’s easier to reach minority readerships than it has been in some time.

Q: The Brothers Story features a lot of frank sexual language and situations involving teenagers. Did you have any concerns that this might lead to your book being challenged or not purchased for school and/or public libraries?

Yes, I worried about that, especially because At the Sign of the Star and A True and Faithful Narrative were both popular with parents who don’t want their kids exposed to sex and profanity. I felt great about that—there should be high-quality fiction available to that audience. But at the same time I felt compelled to write Kit’s story honestly, and to show that 17th –century people struggled with the issue of sexual morality just as we do today.

Q: What new projects are you currently working on?

A: I’ve been project hopping a bit lately, developing ideas for young readers but also spending time on a couple of novels aimed at the adult audience. Right now I’m mainly working on an adult novel set in the late 1980s. It takes place partly in San Francisco and partly in London.

Q: What books do you have on your nightstand? (that is, that you are reading or plan to read)

A: On the YA side: The Book Thief, by Markus Zusak and When You Reach Me by Rebecca Stead. It’s my third time through When You Reach Me, I love that book! On the adult side two historical novels: The Lost Mother, by Mary McGarry Morris, a deeply moving story set in the Great Depression, and the Pevear and Volokhonsky translation of War and Peace. (Also my third time. It truly is a great book.)

Q: One element of The Brothers Story that I particularly liked was how the title could refer not only to the relationship between Kit and Christy, but also Nate and Joshua, Kit’s employer and his brother. Did you set out to create this contrast or did this evolve as you were writing the novel?

A: The way I usually work is that I get a germ of an idea and then nurse it along for awhile, writing in a “development” file about possible ways the story could go. I usually start writing actual pages before I’m done developing the idea, however, because I find my characters emerge more clearly when they’ve actually done duty in some scenes.

The Brothers Story grew very slowly. At first I just had the idea to write something about someone poor set against the background of the Frost Fair. A bit later I got excited about making my character a twin. It was while I was writing the early chapters about Kit and Christy that Christy began to love the Bible story of Joseph and his coat of many colors. It was one of those unplanned things that just happened as I wrote. I think the idea of adding a second set of brothers came along after I’d written twenty or thirty manuscript pages. I was very excited when it occurred to me, very happy about how all the brothers threads fit together. I think those are the pinnacle moments in writing—when you suddenly see how things can fit together.
Posted by Fourth Musketeer at 5:00 AM

I read The Brother's Story recently and loved it as I do all of Kit Sturtevant's work. Am blown away by her research and storytelling. Thanks for this glimpse into her process and her personal writing history.