Lemony Snicket and his wife Lisa Brown at the Skirball Museum 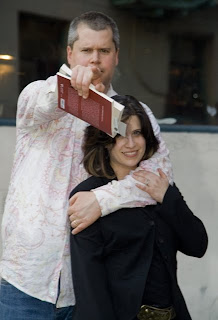 I was fortunate to be able to attend a delightful program on Sunday at Los Angeles' Skirball Museum in which Daniel Handler, aka Lemony Snicket, and his wife, author/illustrator Lisa Brown, were interviewed by a local journalist in conjunction with the museum's exhibit Monsters and Miracles: A Journey through Jewish Picture Books. This was my third time seeing Mr. Handler in person, but my first time seeing Lisa Brown. I was not surprised to discover that Ms. Brown shares her husband's wicked sense of humor; but I also learned they share an interest in cocktails.

I am eager to read and review Brown's newest book, which was just published in May, Picture the Dead, written by Brown and Adele Griffin. Picture the Dead is a graphic novel/ghost story for young adults set during the Civil War. 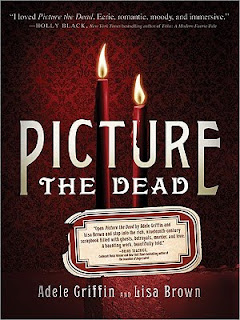 Brown also spoke about some of her earlier work, both with and without her husband, which includes How to Dress for Every Occasion, by The Pope, Baby Be of Use, a series of witty instructional board books designed to "teach your precious little angels to be useful at long last. And why shouldn't they help a little around the house?", and How To Be, a picture book. Brown and Handler also shared some very funny bits from their first collaboration together, the American Chickens, a "general purpose magazine," some issues of which are available on-line. These include gems such as a theme issue on how to have a fairy-tale wedding, which offers advice such as "For a Snow White wedding,all bridesmaids and users must be less than 4'1" tall." 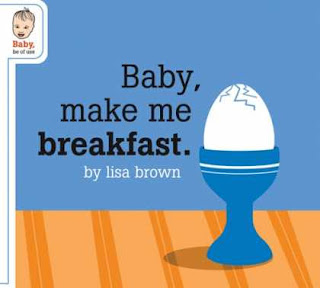 Both Handler and Brown discussed some of their earliest influences. Handler mentioned his love for Edward Gorey, and said that his book Blue Aspic was the first he bought with his own money, when he was nine years old. Handler was drawn to Gorey because he "tells dastardly stories where bad things happen."

Handler's own family history explains his fascination with this particular theme. Handler said, "My father fled Germany in 1938 (guess why?) so the stories I grew up with were stories of random calamity. Hiding Place A worked but Hiding Place B was a disaster. Cataclysm finds you randomly..." He also learned the "futility of adults trying to protect children." "I was annoyed at children's books," he added. [The happy endings in these books]"were the opposite of the stories I'd heard growing up."

Brown said that she was a huge fan of Maurice Sendak, and reminisced about writing him a fan letter when she was in high school (to which she got no response). Sarah's Room, written by Doris Orgel and illustrated by Sendak, was her favorite of his books.

They also discussed their joint release from several years ago, The Latke Who Couldn't Stop Screaming: A Christmas Story. Some of the art from that book is featured in the Skirball exhibit. The art is a combination of hand-drawn (the latke itself) and computer generated. In this story, the poor latke (potato pancake traditionally eaten at Hanukkah) is misunderstood over and over again by different Christmas symbols he encounters in the story...leading to the screams of frustration. However, there is a happy ending, especially for the latke.

Both Handler and Brown have new releases out this fall; under the Lemony Snicket name will be 13 Words, illustrated by Maira Kalman, and Brown will be releasing a Halloween title, Vampire Boy's Good Night. 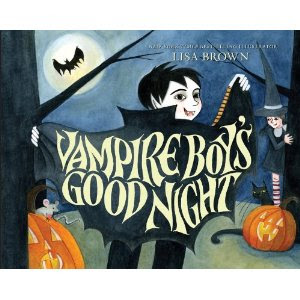 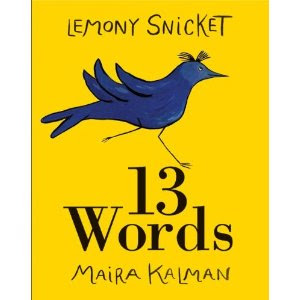 It wouldn't be a Lemony Snicket event without a Q&A from the audience. Part of the great fun of seeing Handler in person is seeing him interact with his young fans--when he signs books he talks to each child individually, making the experience truly special and memorable for all concerned. And he's always hilarious in his unique deadpan way when he takes questions from kids as well.

If you ever have a chance to see these two in person, don't miss it!
Posted by Fourth Musketeer at 9:02 PM

Lemony Snicket is one of my absolute, absolute fave authors - I ate up all 13 of the Series of Unfortunate Events more quickly than he could write them! I love his sarcastic tone...makes me smile just thinking about his books.
Great post - thank you for sharing.

I absoloutely love Snicket's books!My fave is The Series of Unfortnate Events.Yet i cannot read other of Snicket's higher level books because i am only in middle school. I vow that i will read it till i am older..and so great of you for posting...THANKS!!!!